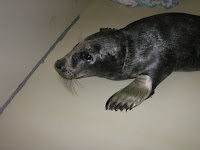 On Sunday 31st October, this small male pup from the Isle of Harris, weighing 14 kilos and around a fortnight old was picked up and transported by Sandy McDonald back to Stornaway overnight before being brought by ferry to Ullapool, then relayed by John Orr from Inverness to the mound where it was picked up by Ali Jack and myself.

The pup, now named Al, had multiple wounds around the base of the flippers/tail and a few cuts and abscesses, he was also very dehydrated. 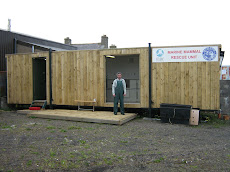